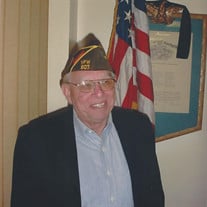 Richard Dean Wright, 78, of Rogers City, passed away at home on March 21, 2020 after a long battle with cancer.
Richard was born on November 5, 1941 in Rogers City, to Harold and Alice Emilee (Flemming) Wright. He attended Rogers City High School and graduated in 1959, and enlisted in the US Navy serving from 1959 to 1962, including a tour in Vietnam.
Richard attended Modesto Junior College and obtained his Professional Land Surveyor license in 1989. He worked as a Civil Engineering Designer for the E&J Gallo Winery in Modesto, CA for 26 years and upon his retirement in 1997 he moved back to Rogers City. He was a life member of VFW Post 607 and served as Commander for 15 years. He also served on the Zoning Board of Appeals and the Presque Isle Planning Commission until shortly before his passing. He had a passion for cooking, was an eclectic collector, enjoyed researching his family history and traveling to various places within the US and Canada.
Richard was preceded in death by his wife Gloria, his parents, a sister June Amacher, and two brothers Kenneth and Howard.
Survivors include his best friend and companion Barbara Konieczny, two daughters Michele Wood of Turlock, CA and Janele Wright of Oakdale, CA; three grandchildren and three great grandchildren.
A graveside service will be held at 11:00 a.m. Monday July 26, 2021, at Memorial Park Cemetery in Rogers City, with full military honors accorded by VFW Post 607. Online condolences can be sent to hentkowskifuneral.com.
Memorials are suggested to Hospice of Sunrise Shore and Huron Humane Society.
To order memorial trees or send flowers to the family in memory of Richard D. Wright, please visit our flower store.