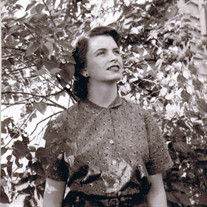 Patricia Starnes, 86, of Rogers City passed away Saturday morning November 27, 2021, at Medilodge of Rogers City.
The daughter of James and Helen (Nault) Dillon was born in Detroit on November 10, 1935. She married Robert Starnes Jr. on June 5, 1954 in Detroit. They made their home in Novi until 1991 together they moved to Rogers City.
Gardening was her favorite pastime, belonging to the Rogers City Garden Club. Patricia’s garden was once featured in the Presque Isle Advance. She was also a member of Immanuel Lutheran Church.
Surviving are 6 children, 14 grandchildren, and 12 great grandchildren.
She was preceded in death by her parents, husband Robert on March 6, 2006.
Burial will take place for Patricia at a later date, funeral arrangements are in care of Hentkowski Funeral Home.
To order memorial trees or send flowers to the family in memory of Patricia Starnes, please visit our flower store.