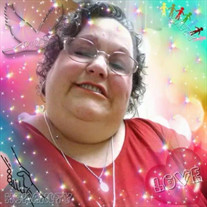 Pamela Ann “Pammy” LeVeck, of Alpena passed away Sunday evening December 6, 2020 at Beaumont Hospital in Royal Oak.
The daughter of Louis and Rita (Robarge) Leveck was born in Rogers City on December 7, 1957. She was raised in Alpena by her mom and stepfather Donald Makowski. Following school she moved to the Detroit area for several years until moving to Alpena where she has lived the last 20 years. Pamela worked for different restaurants and enjoyed cooking and entertaining for others.
She was preceded in death by her parents Rita and Donald Makowski, and Louis Leveck; a son Samuel Peterson; and grandparents Herman and Genevive Wolgast.
Surviving are her son Kyle Smith of Alpena; a daughter Nicole Wiseman of Detroit; a grandson Dorian; two sisters Yvonne (Terry) Wagner of Pennsylvania, Mary (Paul) Duncan of Shelby Township; four brothers Don (Sherri) Makowksi of Gladstone, Tony (Judy) Makowski of South Carolina, Dave (Hye) Makowski of Arizona, and Tim (Juli) Makowski of South Lyon.
Cremation arrangements are in care of Hentkowski Funeral Home in Rogers City. A graveside burial will be at a later date. Online condolences may be sent to Hentkowskifuneral.com.
In lieu of flowers contributions may be made to the family to help with funeral costs.
To order memorial trees or send flowers to the family in memory of Pamela Ann Leveck, please visit our flower store.