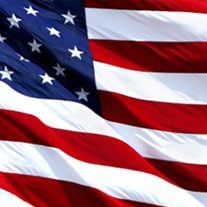 The son of William and Jennie (Smolinski) was born in Rogers City on August 1, 1929. Norm began sailing at the age of 16 for United States Steel until he was hired in 1948 at the Quarry. During the Korean War he served with the United States Army from 1951 until 1953. He married Blanche Bellmore on February 3, 1951 at St Ignatius Catholic Church. When he returned home he continued working at the quarry until his retirement in 1986.

Norm enjoyed many things, by being a good husband for 65 years and a great dad, together with blanche they raised three boys. They were able to go camping and travel the United States, amongst his travels there were also yearly fishing trips. He enjoyed spending time at the hunting camp, and throughout the year. During the summer he liked to spend his spare time in his garden in the backyard. He was also a man who could be counted on for many of the military funerals that have been given in our county.

Norm was a member of St. Ignatius Catholic Church, the Knights of Columbus, Rogers City Servicemens Club, and a life member of VFW Post 607.

He was preceded in death by 2 sisters Gladys, and Dolores; and 2 brothers Ralph and Eugene.

Visitation will be at Hentkowski Funeral Home Thursday September 1, 2016 from 4 until 8:00 pm, with a military tribute given by VFW 607 at 6:45 pm, followed by the Rosary and a Parish Prayer Service. Visitation will continue Friday at the funeral home at 10:00 am with a procession to the St Ignatius Catholic Church for an 11:00 am Funeral Mass with Father Sylvestre Obwaka officiating. Burial will take place immediately following at Mount Calvary Cemetery, with full military honors.

Memorials are suggested to a charity of friends choice
To order memorial trees or send flowers to the family in memory of Norman Buczkowski, please visit our flower store.