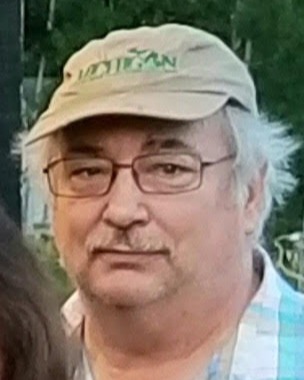 The son of Wayne and Rose (Purol) Bruning was born on July 24, 1951 in Rogers City.  He moved to the Westland area in 1964 .   After graduating he moved back north, making his home in Presque Isle County.

Mike purchased Northern Evergreen and had 41 years of operation. In 1990 he began dating Jackie Spens and together they enjoyed one another’s company working, traveling to many places, and going to conferences. Spending time with Jackie’s family was very important to him. Mike liked to be out of the house spending time with friends, playing spitzer, going to meetings, and just visiting.  He was a member of the Knights of Columbus Rogers City Council #1705, he enjoyed many hours with them volunteering at bingo and fish fry’s.   He was also a member of the VFW Auxiliary 6691 in Fraser.

He was preceded in death by his parents Wayne and Rose Bruning, and his girlfriend Jackie Spens.

Visitation was Sunday January 8, 2023 from 2:00 PM until 5:00 PM with a 4:00 PM Rosary by the Knights of Columbus #1705 at Hentkowski Funeral Home in Rogers City.  Visitation continued Monday at 10:00 AM until the 11:00 AM Funeral Mass at St. Dominic Catholic Church in Metz with Father Arthur Duchnowicz officiating.  Burial will take place in the spring, at St. Dominic’s Catholic Cemetery.  Online condolences may be sent to hentkowskifuneral.com.

Memorials can be sent to charity of friend’s choice.

To order memorial trees or send flowers to the family in memory of Mike W. Bruning, please visit our flower store.