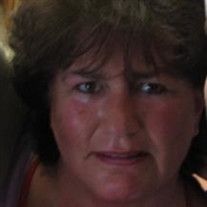 Marcia A. Bosley, age 50, of Rogers City passed away peacefully Friday afternoon November 27, 2015 at her home.

The daughter of LaVern and Theresa (Paquin) Alexander was born April 17, 1965 in St. Ignace. Marcia was a 1983 graduate from Cheboygan High School. She married Jim Bosley on August 3, 1985 together they made there home in Rogers City. She raised her family and held a career running an adult foster care home. She will be remembered for being a kind and loving person, always putting others' feelings before her own. She was also an advocate for animal and wildlife conservation.

She is survived by her husband Jim, her mother Theresa Alexander from Cheboygan, a son Ryan (Stacey) of Marquette, a granddaughter Madison; a sister Tina (Jerry) Malloy, a brother LaVern (Tina) Alexander all of Cheboygan; several nieces, nephew, great-nieces and great-nephews.

She was preceded in death by her father LaVern in 2001.

Visitation will be Saturday December 5, 2015 from Noon until the 2:00 pm Memorial Service which will take place at Hentkowski Funeral Home in Rogers City. On line condolences may be sent to www.hentkowskifuneral.com

Memorials are suggested to a charity of friends choice.
To order memorial trees or send flowers to the family in memory of Marcia A. Bosley, please visit our flower store.