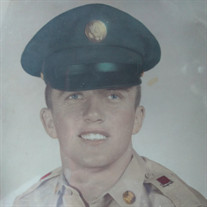 John O. Martin, 76, of Munro Township passed away January 6, 2020 at McLaren Northern Michigan Hospital in Petoskey.
The son of Charles and Norah (Robertson) Martin was born on August 4, 1943 in Cheboygan. After graduating from Cheboygan High School John was enlisted and spent 4 years in the United States Army. He returned from the service and began working for A&P Food Store in Flint, retiring from there after 40 years of service.
John married Helen Germaine on April 3, 1971 in Flint, they made their home there until 2008, when they moved back to the Cheboygan area to enjoy Northern Michigan. He loved the wilderness and all it has to offer, watching animals, archery hunting, and nature walks through the woods.
Surviving are his wife Helen, two sons John Martin, and Matthew (Tiffany) Martin and a daughter Jennifer Martin all of the Cheboygan area; a Step daughter Lynn Reynolds of North Carolina; and several grandchildren.
He was preceded in death by his parents, a son Charles Tillotson, a step daughter Michele Imig, a sister Lois Proctor, and a brother Charles Martin.
Cremation arrangements are in care of Hentkowski Funeral Home in Rogers City. A Memorial Service will be set for a later date. Online condolences can be sent to hentkowskifuneral.com.
To order memorial trees or send flowers to the family in memory of John O Martin, please visit our flower store.