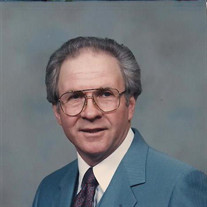 Ben was a dairy farmer and retired from Calcite after 40 years of employment. Mr. Wirgau was a member of St. Peters Lutheran Church of Metz.

He was precede in death by his brothers Earhore. hart, Marlo, Arnold, Randolf, and a sister Arlene.

Arrangements are in care of Hentkowski Funeral Home and a private family service will take place at a later date.

Memorials are suggested to Hospice of the Sunrise Shore.
To order memorial trees or send flowers to the family in memory of Franklin "Ben" Wirgau, please visit our flower store.